“The production achieves a fine balance between romantic farce and satirical celebration of the superficiality of the characters’ actions and motives.”

Regency dandies and the social whirl of eighteenth century Bath come to the National Trust’s Little Moreton Hall this summer, as Alsager Community Theatre presents R B Sheridan’s most famous comedy The Rivals in its beautiful courtyard setting.

Sheridan was born in Ireland but was brought up in Bath where, he claimed, he danced with all the beautiful society women, wrote sonnets in praise of some and satires and lampoons about the others.  He also fought two duels to win the love of his life, Elizabeth Linley, a teenage singing star (yes, they even had them in the 18th century).  Having survived both duels he turned to playwriting to earn his living, using his experience of the duels and the glittering social life of the city, where aristocrats and the nouveau-riche flocked to take the waters, to great comic effect in his plays.

The Rivals is a hugely enjoyable romp of a play in which young heiress, Lydia Languish, spends her days reading romantic novels and confiding in her dear friend Julia. Her determination to elope with a poor soldier and marry for love creates mayhem and confusion for her three rival suitors, her family and her friends, as the plot becomes ever more convoluted and the cast of characters ever more ridiculous!

The play features one of the most famous comic characters in English literature, Mrs Malaprop, whose attempts to impress backfire spectacularly. Her use of words in the wrong context gave the word malapropism to the English language.

Director Brian Rawlins tells us that he has long wanted to direct a play by Sheridan and having the opportunity to work with ACT in such a fabulous setting is very exciting; “Like many Irish playwrights, Sheridan was a master of the English language and he uses his skill with words, linked to his outrageous plots, to give some of the funniest scenes in English theatre.  Added to the humour will be some wonderful music, beautiful costumes and of course, the fabulous background of the 15th century hall.  We are lucky to have gathered a superb cast from all over North Staffordshire and South Cheshire, including Caroline Keen as Mrs Malaprop, who will be giving her special brand of comic timing to the role.” 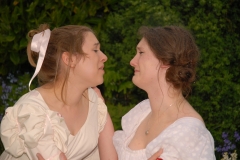 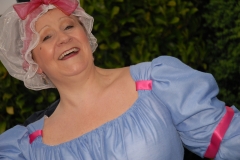 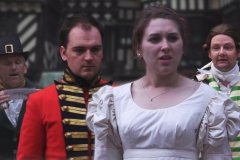 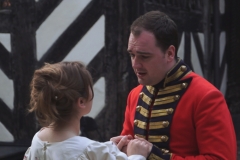 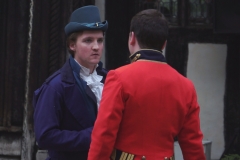 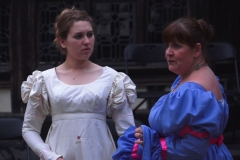 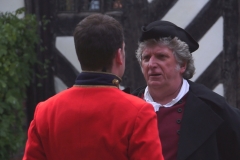 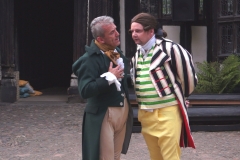