It looks as if someone has cast a spell over local award-winning amateur theatre group, Alsager Community Theatre, and we have allowed first time director, Steve White, to dive into the uncharted waters of Terry Pratchett’s Discworld. Pratchett’s novel Wyrd Sisters, adapted for the stage by Stephen Briggs, is being performed in November.

Wyrd Sisters is set in Lancre where three witches find themselves looking after a royal baby (all crown and no nappies) and have to find a way to prevent the child becoming a casualty in the new Duke’s ‘Urban Clearance’. Like many Pratchett stories this one takes established plots and ploys, and pokes fun at them (usually with a very big stick), while still telling a tale that can be moving, romantic and exciting as well as very funny.

Steve tells us “I’ve been reading the Discworld novels since last century and I’ve even performed in two Discworld plays as a nearly dead wizard and a troll. Perfect qualifications to direct any play. I’m also thrilled to be working at ACT with an enthusiastic cast of new and established faces. We are confident that audiences will enjoy an excellent and entertaining evening.” 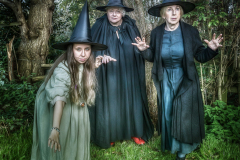 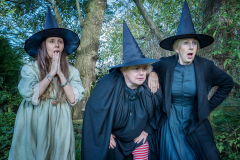 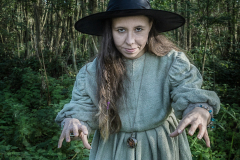 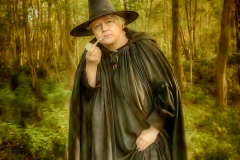 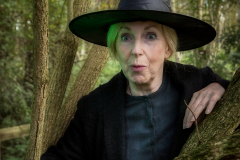