“We were amazed at how well the novel had been adapted for the stage.”

National Trust property Little Moreton Hall once again hosts a production by award-winning local amateur company, Alsager Community Theatre. In July, ACT stages a new adaptation of Jane Austen’s much loved novel Pride and Prejudice in the courtyard of this beautiful Elizabethan Hall (or in a marquee if the weather is wet).

The romantic clash between the opinionated Elizabeth Bennet and her proud beau Mr Darcy is a splendid display of civilised sparring, and Jane Austen’s radiant wit sparkles as her characters dance a delicate quadrille of flirtation and intrigue. Pride and Prejudice was immediately successful when it was first published in 1813, and has remained one of the most popular works in the English language, loved and admired by generations of readers, and adapted many times for stage, film and television. Jane Austen herself referred to Pride and Prejudice as “her own darling child” and its vivacious heroine, Elizabeth “as delightful a creature as ever appeared in print.”

Director Eileen Venables has adapted the novel herself (assisted by Maree Thorpe) and tells us “Fortunately, many actors are keen to take part in Jane Austen’s delightful and witty story of the Bennet sisters and their adventures in the marriage market, and ACT has gathered a large and experienced cast of familiar faces and new talent. As well as the reluctant lovers Elizabeth and Darcy, there are many strong, memorable and humorous characters to be brought to life in this superb comedy of Regency England manners. And once again wardrobe mistress Barbara Malcolm will be producing stunning and colourful costumes to complement the beautiful setting of the Hall.” 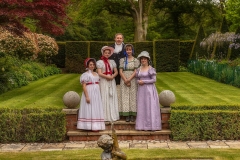 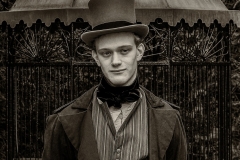 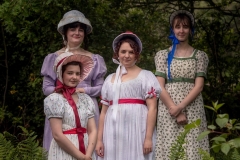 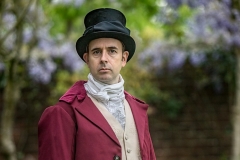