When 11 year old Ferdinand injures another boy during a scuffle in a public park, surely a calm and civilised discussion between the two sets of parents will resolve the situation? Don’t be too sure!

The encounter between these affluent, liberal-minded parents starts well, but the polite veneer soon wears thin. As the meeting progresses, the behaviour of the adults becomes increasingly childish and the evening descends into chaos, as hidden frictions and resentments emerge, allegiances shift and inhibitions are cast off! David tells us “ACT enjoys an enviable reputation for the high quality of its productions, so we are very pleased to have attracted an experienced and talented cast of local actors for God of Carnage: Philip Jackson, Diana Lane, Brian Ormrod and Jane Procter. Our last production, Patrick Barlow’s hilarious adaptation of The 39 Steps was a big hit in November, and we are confident that audiences will thoroughly enjoy Yasmina Reza’s brilliant and clever black comedy.”

This play will be performed at the Alsager Civic centre from the 20th – 23rd March 2013. 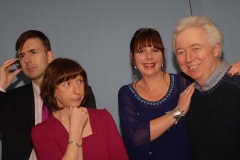 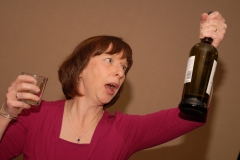 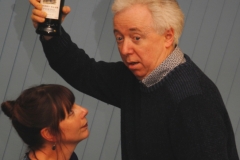 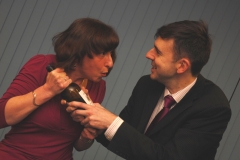